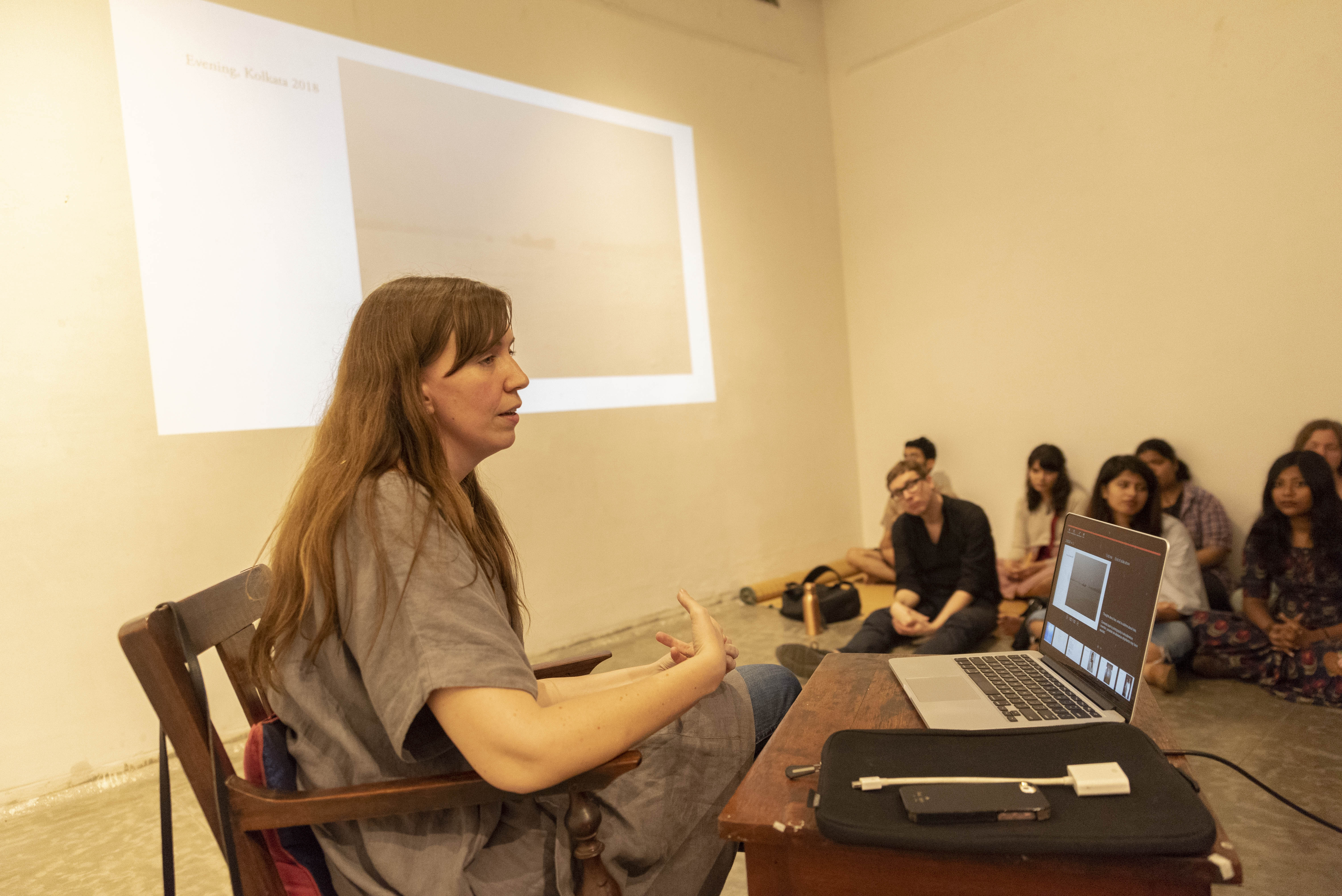 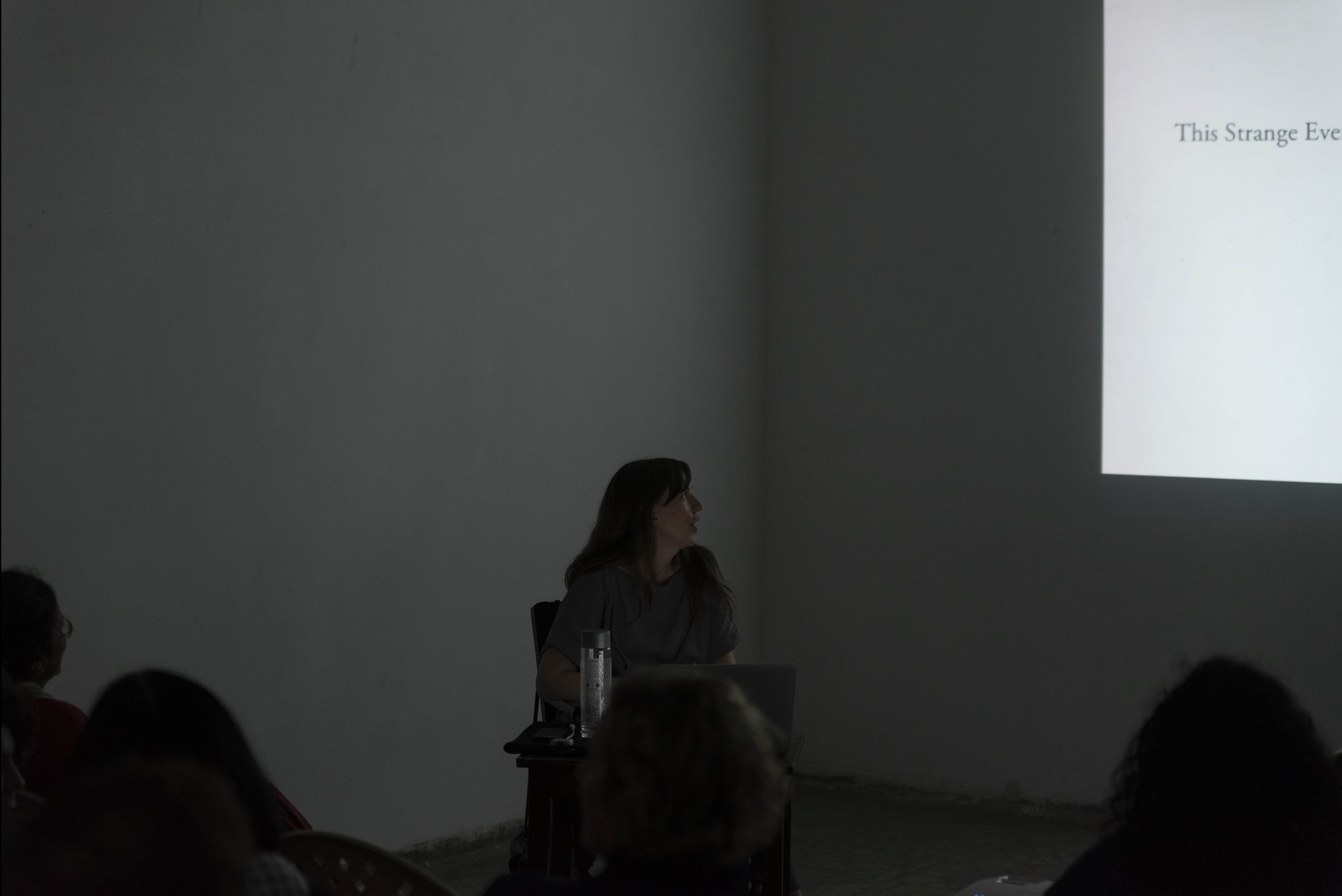 About the talk:In 1854 Thoreau wrote in Walden, “Thus it appears that the sweltering residents of Charleston and New Orleans, of Madras and Bombay and Calcutta, drink at my well…the pure Walden water is mingled with the sacred waters of the Ganges…” For my research project, I have been retracing the poetic memory of the almost-evaporated history that was once the Indo-American Ice Trade, the subsequent domestic production of ice in Calcutta, and the modern-day indoor snow-themed parks of India. In 1833, ice was harvested from Walden Pond and a few other ponds in New England, placed on a ship called the Tuscany, and sent to Calcutta by ice entrepreneur Frederic Tudor.

The Support of the Fulbright Flex Grant has allowed me to develop my work by documenting the loss of the collective memory of the 19th century ice trade and the enduring allure of cold and ice in India. The resulting artwork and this artist talk will convey connections between global and regional aspirations, and within the relevant context of a warming planet, will resuscitate memories that highlight the optimism and limits of photographic seeing.

Ms. Christine Rogers is an artist from Nashville, Tennessee. She received her BA in anthropology from Oberlin College in 2004 and her MFA in studio art from Tufts University in 2008. She has exhibited widely across the United States and was in a two-person show at the Museum of Contemporary Art in Santiago, Chile, in the fall of 2012. In 2012–13 Ms. Rogers was a Fulbright-Nehru Senior Research Scholar completing research for her project “Photographing Imagined Landscapes: The Switzerland of India.” Her first solo show in India was in the spring of 2013 at 1 Shanthi Road Gallery in Bangalore, Karnataka and she has since shown again in Mumbai in group shows at Clark House Initiative, Project 88, and Chemould Prescott. Her work has been written about in Time Out Bengaluru, The Bangalore Mirror, The Hindu, New Landscape Photography, Hyperallergic, Dazed Digital, Burnaway, The Tennessean, and The Nashville Scene. She is an assistant professor of photography at Belmont University in Nashville, Tennessee.