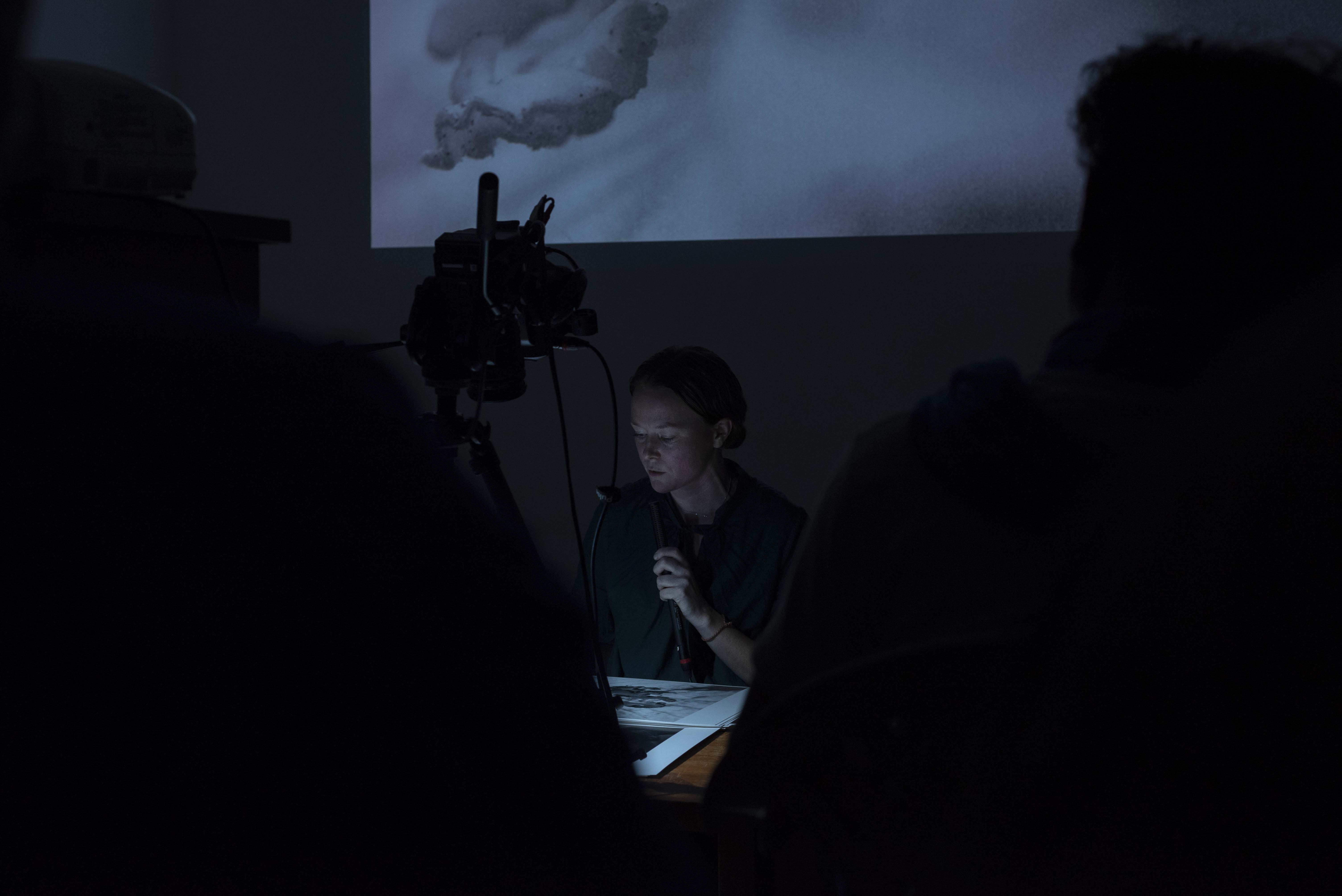 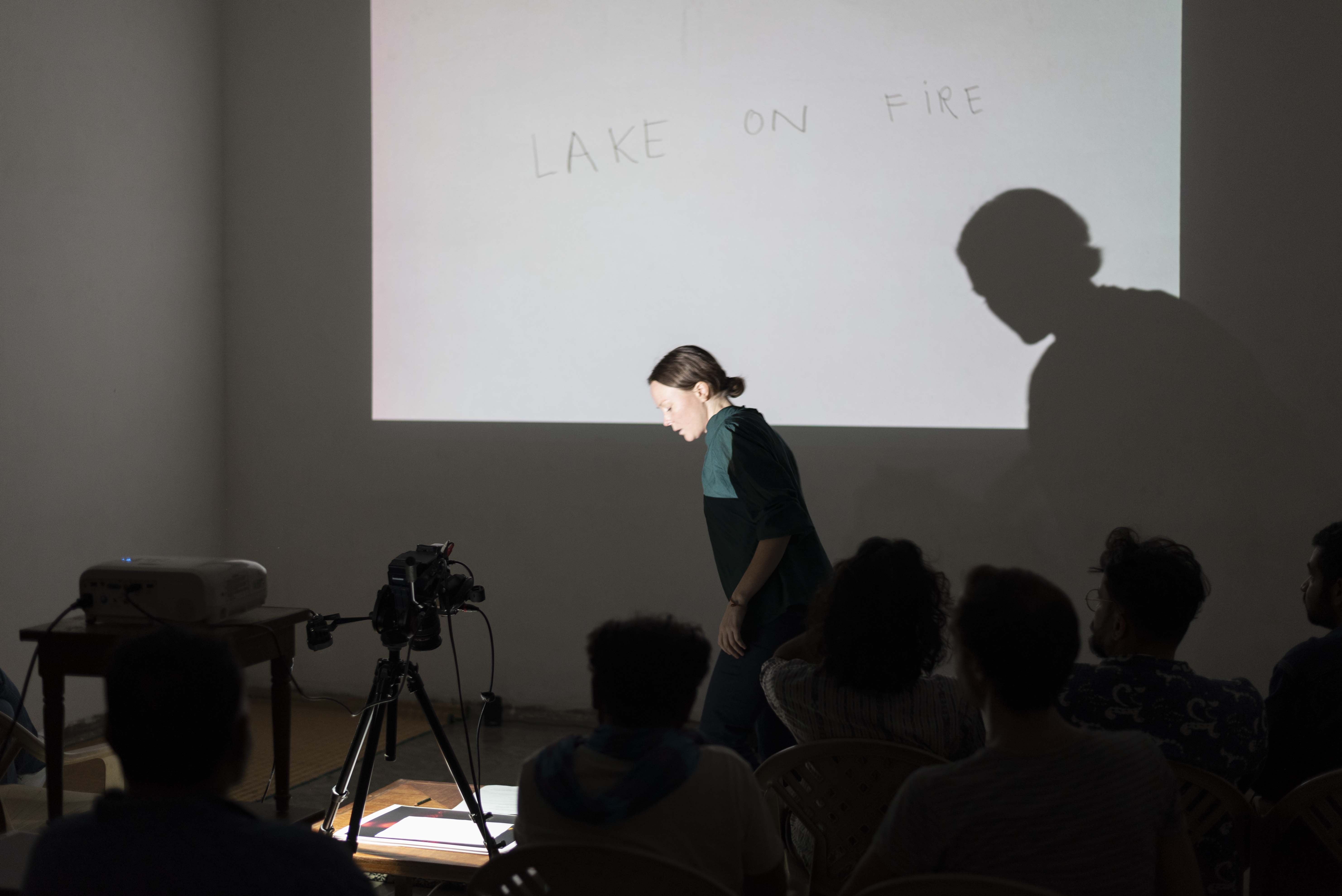 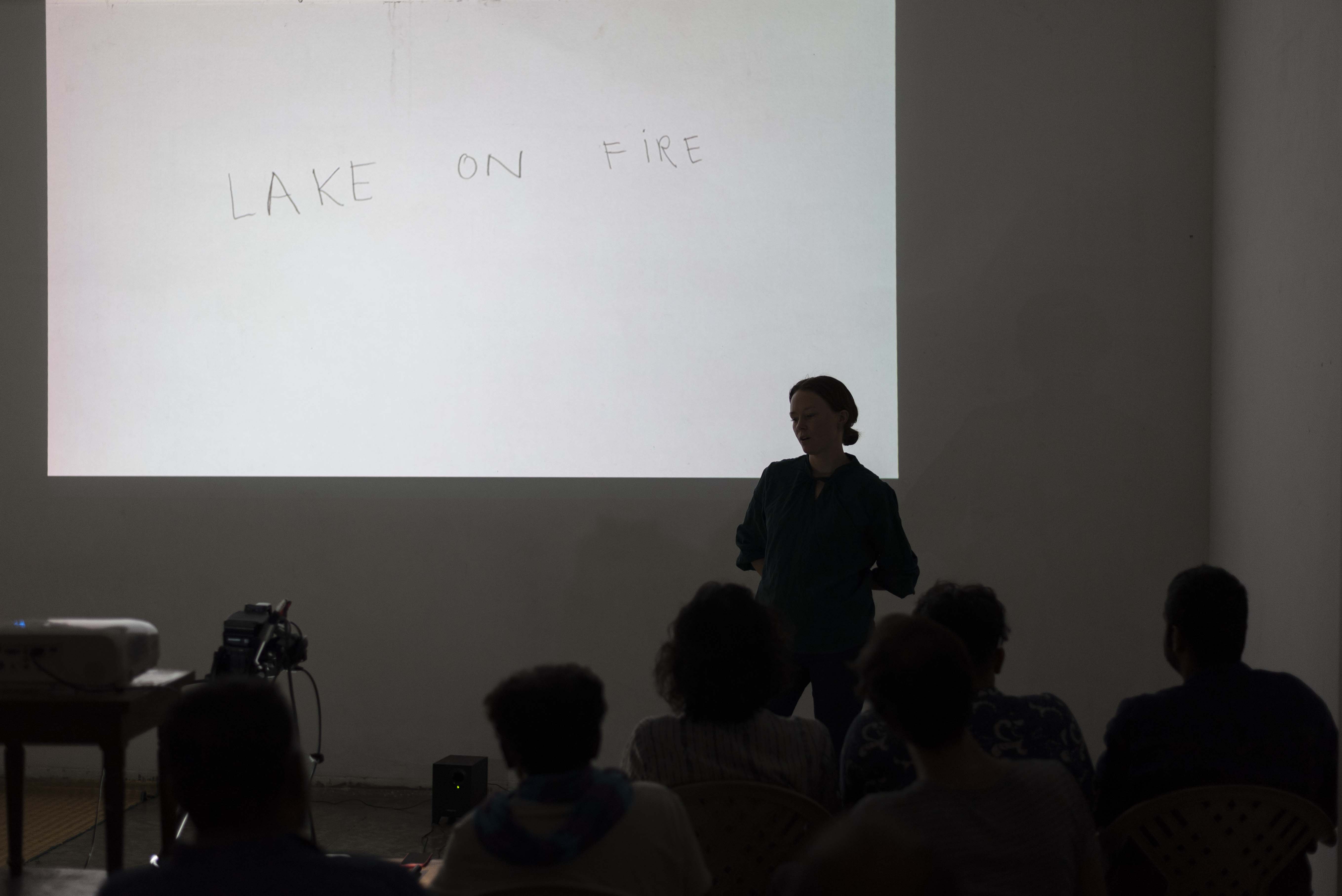 The work departures from the fires on the lake of Bellandur and explores it through a multi-scale perspective.

Jennifer Rainsford is our resident artist from Sweden through iaspis. The presentation will show work in the progress of macro photography of plants and creatures living around the lake;. It talks about the past, present, and future of the lake and makes connections between the ingredients and story of soap; how the world is changing one programmer at a time; the bug that lives where the fire used to roar and the origin of the Nobel prize in Economy.

Jennifer Rainsford is a filmmaker based in Stockholm. For the last few years, she has been focusing on making films about the lives of people and creatures living around large bodies of water. Following the large scale changes in climate, economy, and geography and how such changes influence individuals. Her previous films have been screened at the Oberhausen film festival, Berlinale IFF, Rotterdam IFF, and CPH: DOX. She has participated with projects in Berlinale talents and Feature Expanded and shown her work as video installations internationally at museums such as Hong Gah Museum in Taipei and Museum Abteiberg in Düsseldorf.