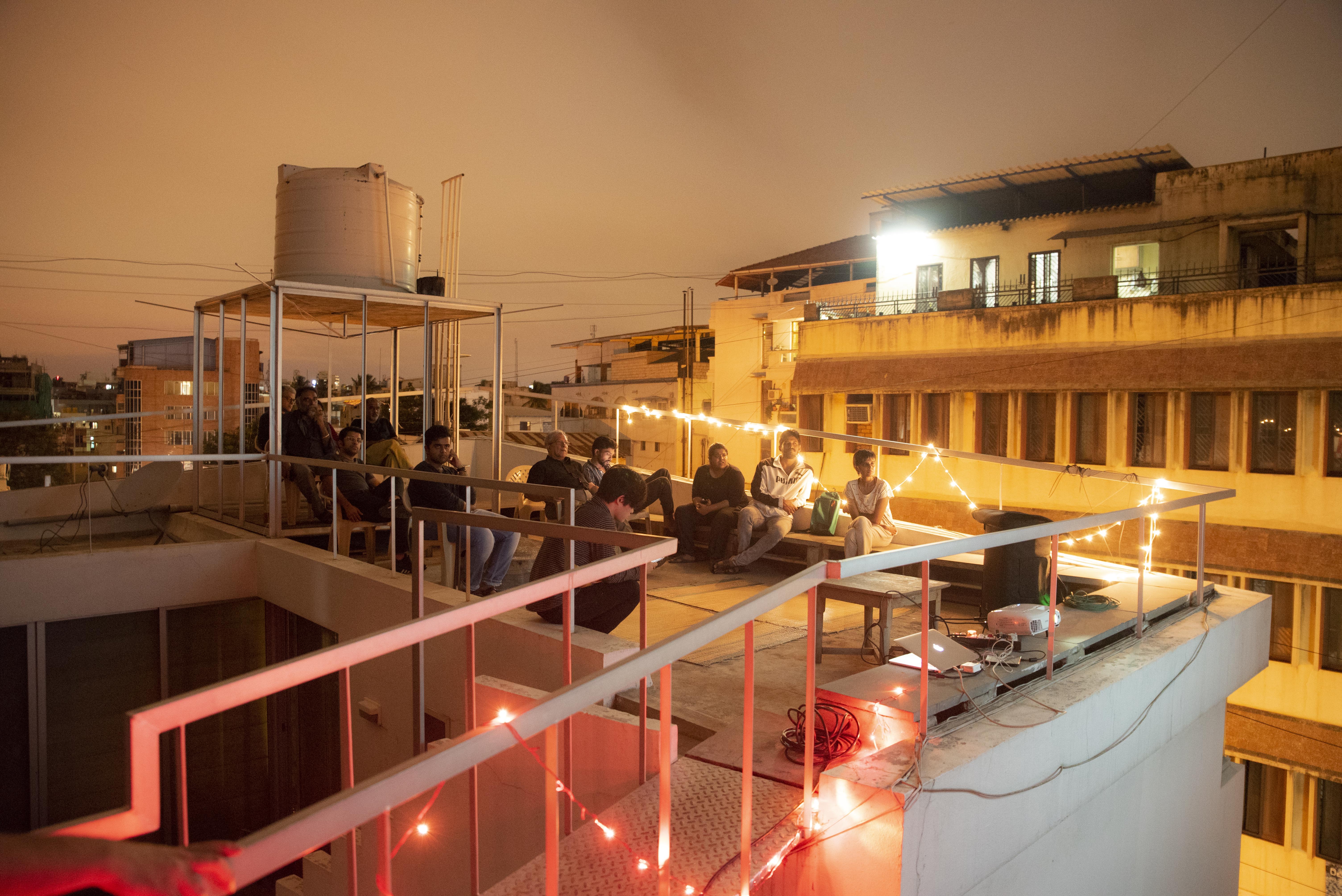 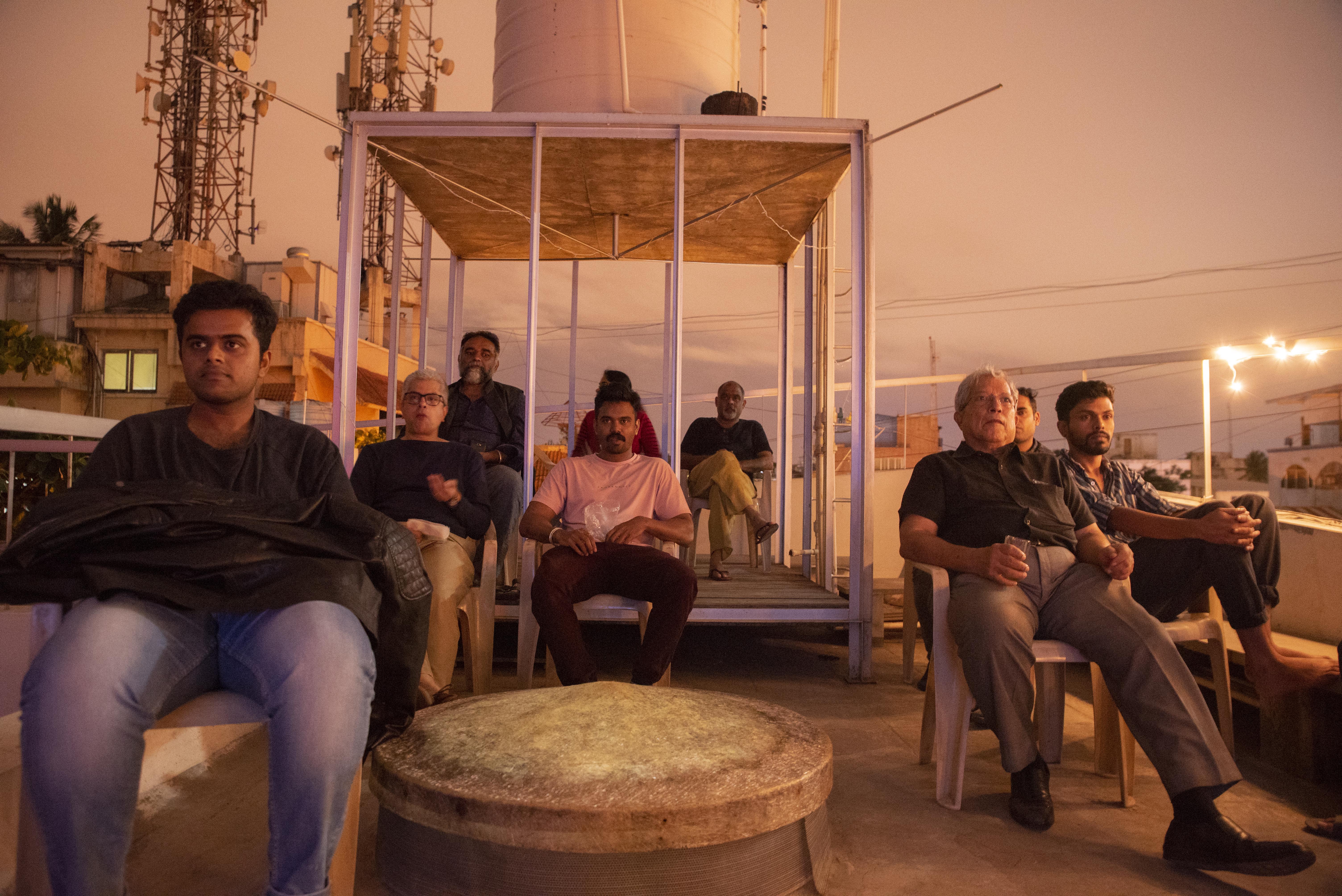 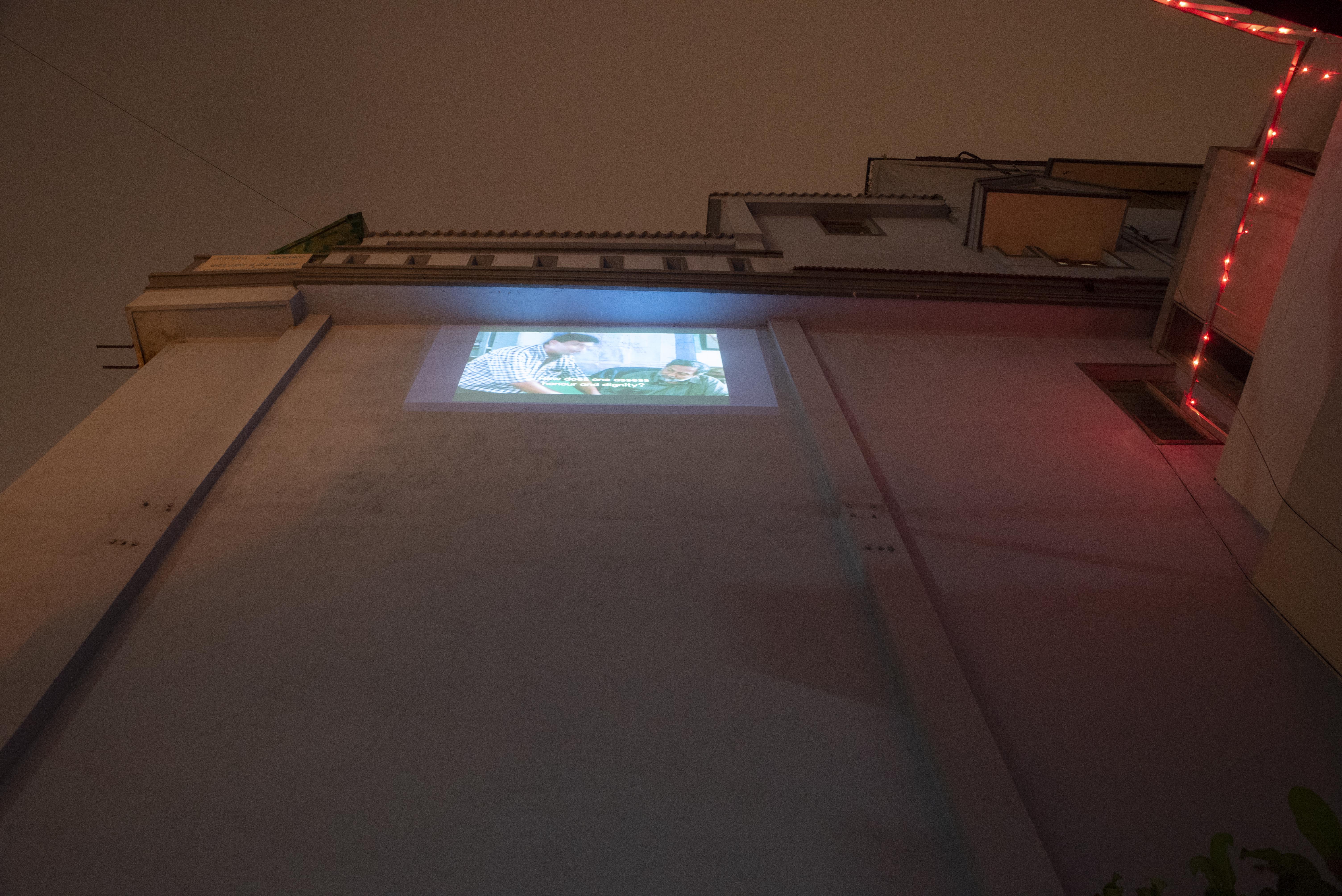 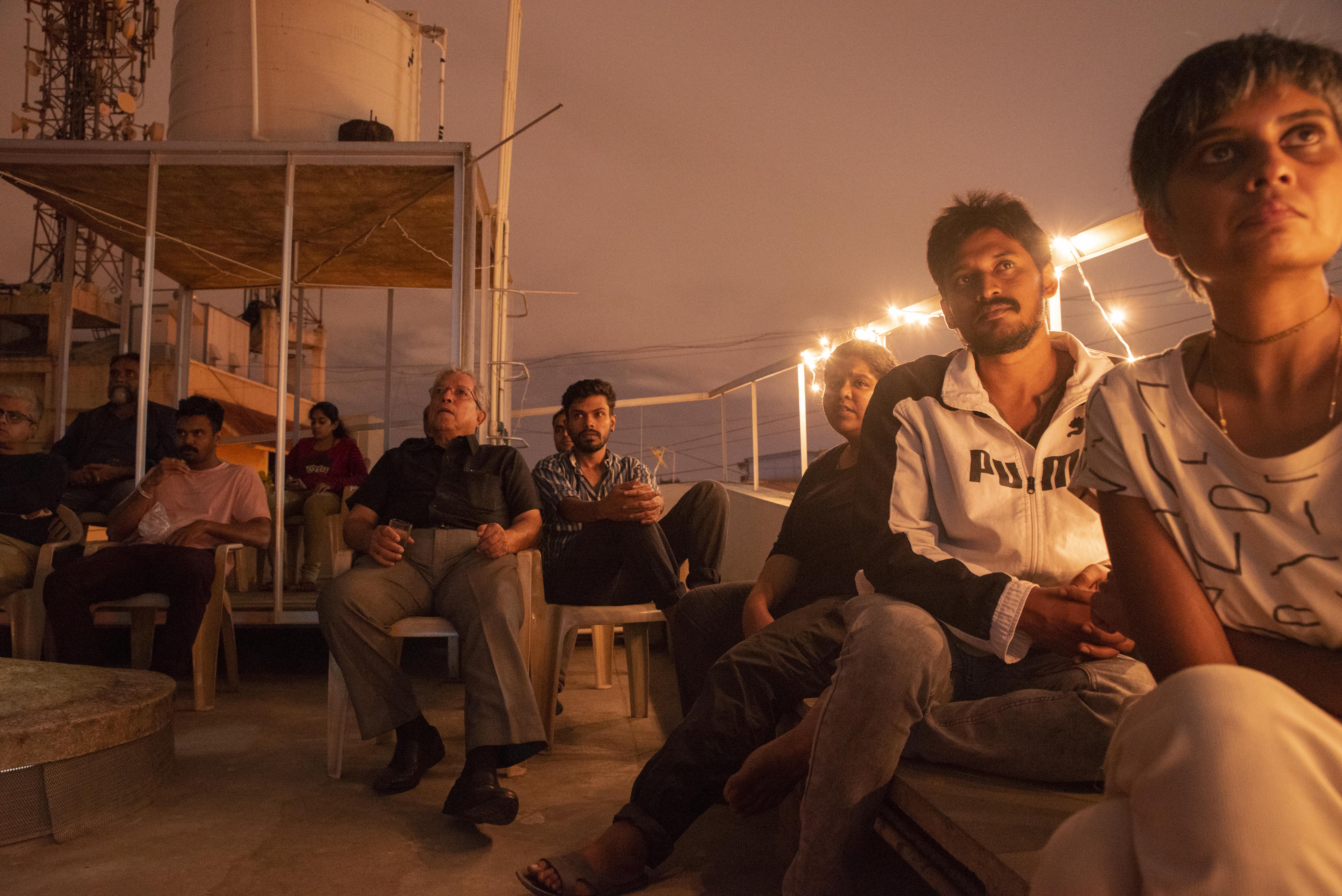 1Shanthiroad Studio/Gallery is pleased to collaborate with ‘Screeners’, a new cine-club in Bangalore organized by Ashok Vish, to program the first edition of CinemAttic where a marathon of films will be screened back-to-back in one evening on the terrace of 1Shanthiroad under the moonlit sky. The first edition of CinemAttic will be a series of regional Kannada films, commemorating the late Girish Karnad’s work and life.

The evening begins with Ananya Kasaravalli’s Harikatha Prasanga at 6:30 PM in the gallery of 1Shanthiroad followed by a Q&A session with the director, Ananya Kasaravalli who will be in attendance. Subsequently, two more films will be screened back-to-back on the terrace of 1Shanthiroad Studio/gallery. Below is the schedule of films for the evening of Friday (Today), July 26, 2019:

In the case of rain, the screenings on the terrace will take place in the gallery.

About Screeners Cine-club –Organized by Ashok Vish, ‘Screeners’ is a Cine-club in Bangalore, India wherein independent, experimental and art films will be screened monthly at the comfort of somebody’s home. With a scarcity of venues showcasing independent cinema and the growing decline of single-screen theatres across the city, Ashok felt the need to begin this initiative for a simple reason, to provide an environment for varied film viewings and post film discussion, and hopefully foster a community of filmmakers and artists in Bangalore interested in the moving image. Why somebody’s home? To keep it as informal and conducive for discussion as possible.

About the films –
Harikatha Prasanga, 2016
Hari, a Yakshagana artist, is socially criticised for being suggestive of a woman. So, he decides to cross-dress which only leads him to social exclusion.

Dweepa, 2002
Nagi is the pillar in her small family that includes her husband and her rigid father-in-law, who is deeply rooted to his land. Facing losing her home and a jealous husband, she proves her strength.

Vamsha Vriksha, 1972
Vamsa Vriksha (The genealogy tree), directed by BV Karanth and Girish Karnad, questions the authenticity of family trees and makes one muse on the social fabric of India. Based on SL Bhyrappa’s novel of the same name, Vamsa Vriksha won the National Film Award for Best Direction